Castleford have become one of the most consistent sides in The Super League in recent seasons. Under coach Daryl Powell they have steadily built a very talented side playing exciting and expansive rugby. This season it’s been another very solid start for The Tigers with four wins from there opening five matches. Just the one defeat so far away at Warrington.

Wheldon Road is a ground that hasn’t changed much over the years and the old traditional feel is very much present when you stand on the terraces there.

Castleford enjoyed a period of real success at the end of the 1960s. Two Challenge cup titles in 1969 and 1970 against Salford and Wigan respectively were a real achievement for the town.

With Alan Hardisty, Keith Hepworth and Malcom Reilly pulling the strings Cas became a real tough side to beat. The legendary Reilly left Castleford in 1971 to join Manly in Australia where he was a huge success. He returned at the end of the 1975 season to take a player coach role which he held until 1987.

The Challenge cup title in 1986, Regal Trophy In 1994 and the league leaders Shield in 2017 have been the success stories for the Yorkshire club in more recent times. The Tigers have never won a top flight championship but came close in 2017 taking the league by storm as they raced to the top of the table. Eventually they were well beaten in the Grand Final against rivals Leeds.

Throughout the Super League era there have been plenty of players who have played for both clubs and quite a few through the 1970s and 80s.

Here is a selection of them. 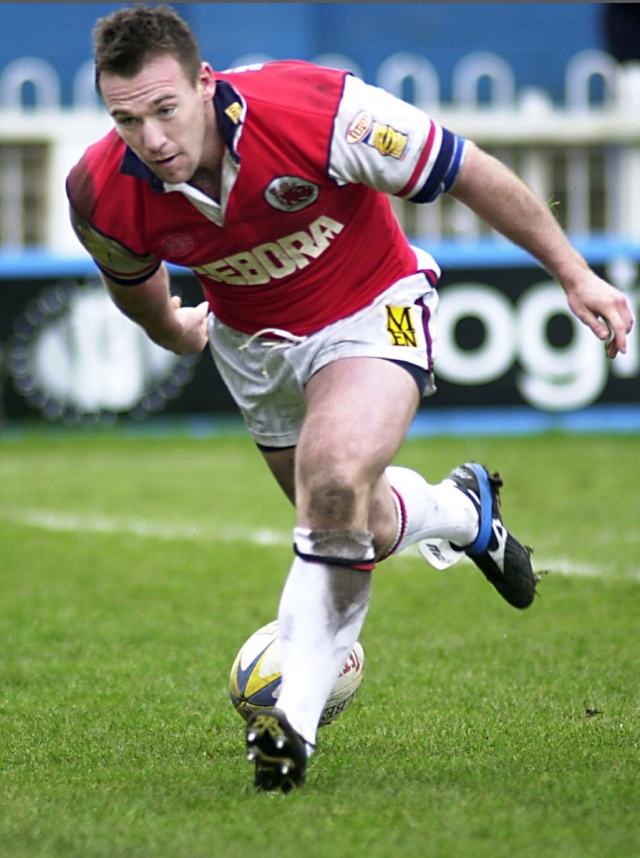 Francis Maloney scored plenty of tries for both clubs.

The reverse fixture between the two sides had ended 4-0 to Salford and this match was to be another tense low scoring affair with a dramatic finish.

Salford were playing well and made an excellent start to the 97 season. The Tigers we’re struggling at the foot of the table desperately searching for a victory after losing there first ten matches. The Reds had already won six matches and arrived at Wheldon Road in confident mood.

Cas winger Jason Roach bagged two tries for the home side with young half back Danny Orr converting one score. Salford’s tries came from Steve Blakeley and Darren Rogers with Blakeley converting one also. The sides were locked a 10-10 at half time.

The Tigers were hanging on going in to the final frantic stages of the match. Salford were pushing to land the knockout blow as they trailed 12-10.

A last gasp high kick out wide landed in Scott Martin’s arms and he was over. Salford’s travelling away fans at the old railway end of the ground were celebrating only for referee John Connolly to disallow it. The hooter sounded leaving Salford to contemplate what might have been.

As we all know and love The Red Devil’s have tended to be a shade unpredictable over the years.

After Salford’s marvellous performance in France just how far can Ian Watson’s side go this season? The confidence must be sky high at the moment. The spine of the side looks to have really gelled and the forward pack are all playing for there positions. With Adam Walker now fit and available for selection Watson has a selection headache. Adam Lawton had a real solid debut last weekend against Catalans so perhaps we will see an unchanged side this Sunday.

The Tigers have Oli Holmes and Adam Milner back in contention to play after missing last weeks match at Warrington. With Luke Gale out injured long term, young Jake Truman has filled in superbly at half back alongside Jordan Rankin.

Hooker Paul McShane is up there with the best in the league and the Cas pack with Liam Watts, Junior Moors, Jesse Sene-Lefao and Nathan Massey is nothing short of ferocious. 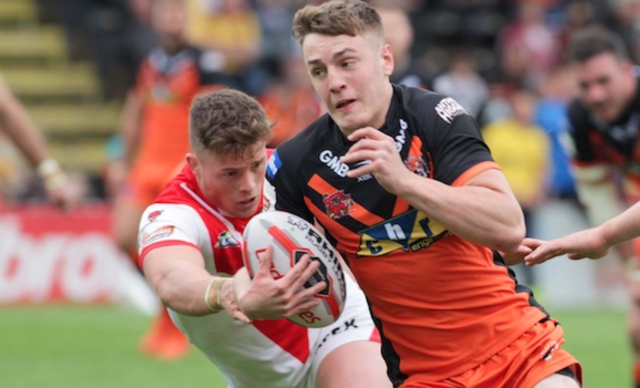 With both sides currently riding high in the League table this game is a mouth watering prospect. Salford have won all three of there away games this season and it’s been many a year since we’ve managed four top flight wins on the spin. Despite the pundits early season predictions this Red Devil’s side is out to prove everyone wrong. Yet again the bond the players have with the Salford supporters was a joy to see in Perpignan on Saturday. Some special memories were made on and off the pitch.

It’s been a tough start for both clubs on the pitch in 2021. After three League matches Salford and Leigh […]