As we approach the business end of the season Catalans are top of the Super League table. The Dragons have played some marvellous rugby this season with just two defeats in their eighteen matches. Head coach Steve McNamara has moulded his side into genuine title contenders and the clubs progress over the past few has been remarkable really. With a wealth of experience from over seas and a exciting crop of young French Players, Rugby League in Perpignan looks stronger than ever.

Salford were very disappointing last Sunday in defeat to Leigh. I don’t think it was the fact the team lost to the bottom of the table side, it was more the manner of the defeat and the inept performance Richard Marshall’s side put in that angered the supporters. The Centurions were much better in every department and thoroughly deserved their victory.

It doesn’t look like the matches postponed due to Covid will be replayed so as it stands Salford have five matches remaining. After Friday’s match with Catalans the Red Devils are at home to Hull on bank holiday Monday before they face Castleford at the Magic Weekend in Newcastle. Our two final games are against Warrington and St.Helens.

It looked like ‘Good night Vienna’ after twenty five minutes as The Dragons blitzed Salford to storm in to a 0-20 lead with four unanswered tries.

The Reds hit back with tries from Joel Moon and Daniel Holdsworth but Vinnie Anderson was sin-binned before half-time with the score reading 12-20.

Salford were right back in the match with momentum swinging in their favour. The home supporters roared their side on and more points followed.

Two quick fire tries in the opening five minutes of the second half edged Salford in front at 22-20. Sean Gleeson grabbed the first within sixty seconds of the restart before the lightning quick Jodie Broughton crossed soon after.

Salford made it twenty eight points without reply when Australian fullback Luke Pattern crossed for a try. This was a significant score as it opened an eight point gap between the teams.

The Dragons came roaring back though with a try from French international Remi Casty. Their was no stopping the huge prop close to the line.

Jodie Broughton nudged Salford back into a two score lead with his second try and despite Vincent Duports late effort it was just enough for the home side to cling on. 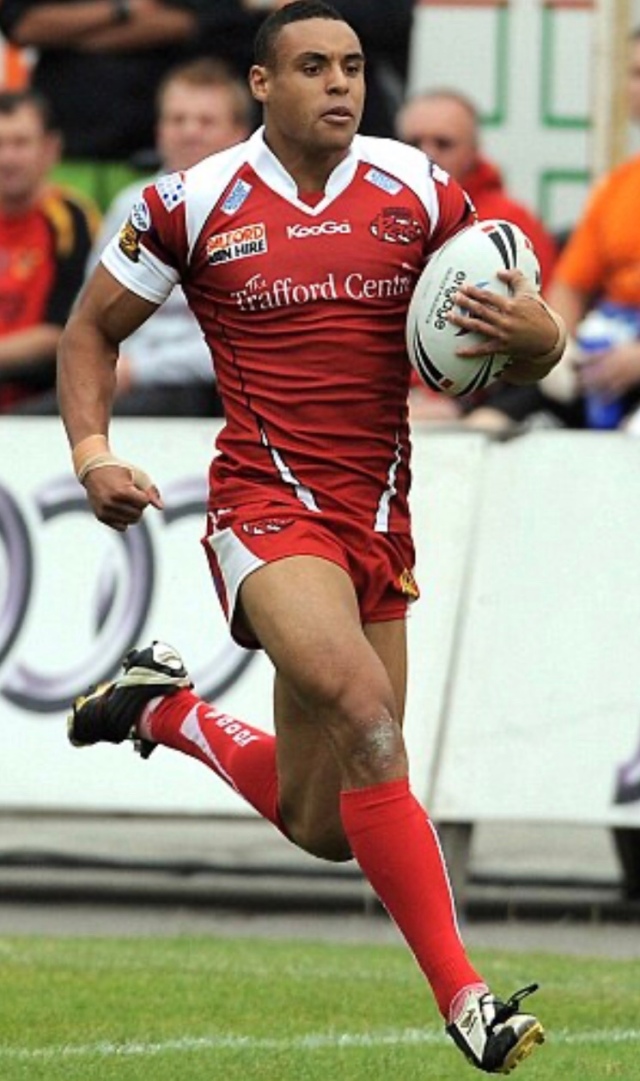 This was an absolutely pulsating encounter in the first meeting between the two sides at Salford’s new stadium.

Catalans had won on an emotional final day at The Willows the previous year.

The teams that night were:

Salford have won the last four home meetings in this fixture and have come up with some big scores in the process. Last seasons match was played behind closed doors at the AJ Bell Stadium.

The Dragons come in to this fixture in excellent form. They’ve lost just once in the Super League since April. That defeat came a few weeks ago at St.Helens.

The Dragons will be without Dean Whare, Josh Drinkwater, Gil Dudson, Alrix Da Costa, Paul Séguier, Joel Tomkins, Matt Whitley, Benjamin Garcia, Jason Baitieri and Arthur Romano for Thursday’s clash but will still have plenty of experience and quality to pick from. Sam Tomkins has been back to his best this season and although James Maloney will be retiring at the end of the season the Australian lynch pin will be desperate to go out on a high.

Richard Marshall has another strong squad to pick from and it will be interesting to see who he decides to play in the halves and at full back. Joe Burgess won’t play but could be back in the team for Monday’s match with Hull.

The action gets underway at 7:30pm.

Salford Red Devil’s made it a hat trick of wins over London Broncos with a ruthless display in the capital. […]

The Challenge Cup, The Holy Grail of Rugby League I like to call it. So many memories of great players […]