Speaking after last Saturday’s win at London, Salford coach Ian Watson stated “we owe them one” when referring to Friday’s clash with Leeds. The two sides have met 22 times in the summer era at Salford with Leeds claiming 20 victories to The Red Devils 2. When the two sides met at The AJ Bell Stadium earlier this season The struggling Rhinos clicked into gear blowing Salford away 14-46 on a disappointing afternoon.

Under Coach David Furner Leeds have struggled to find consistency with just four wins so far leaving them in 10th place. Last weekend a healthy lead at home to fellow strugglers Hull Kingston Rovers was almost blown but the Rhinos frantically held on to clinch a 28-24 victory.

Salford will be looking to kick start their home form. With just one victory at home this season Watson and his players are desperate to impress.

Leeds definitely have some talented players in the ranks but for one reason or another haven’t really got going yet in 2019.

This could be a massive psychological hurdle for Salford to get over. Over the years The Loiners have been a huge thorn in the side at the Willows, Headingley, in Cup ties, finals and more recently they have an excellent record at The AJ Bell Stadium.

With some huge games coming up in the month of May this one could really build some momentum particularly after a very good Easter and a real solid display at London last Saturday.

Watson is looking up the table not down and two points against Leeds keeps Salford in touch with the Super League top five.

Salford coach Ian Watson is looking to build momentum in May.

Over the years their have been some thrilling encounters between the two sides. A Wednesday night fixture on bonfire night in 1958, a bitter rivalry in the 1970s, Leeds having the upper hand since the 80s and who could forget last season’s clash when Jackson Hastings made his Salford debut.

Rewind to just over forty five years ago and the Leeds hoodoo was just as evident as it is now. In the previous season of 1972/73 Leeds had done the league double over Salford and when the two sides had met in a classic match at Fartown in The John Player Trophy final the Loiners yet again had the edge.

When the two sides met at The Willows on St Patrick’s day in 1974 Leeds had already broken Salford hearts knocking us out of the John player Trophy and the Challenge cup. The Challenge cup tie at Headingley had taken place a few weeks earlier in February. Salford were playing some fantastic rugby and the supporters were starting to believe that exciting times weren’t far off. 56 coaches left The Willows bound for Yorkshire. It wasn’t to be with Leeds clinging on for a 10-6 win.

To say Salford owed Leeds one was probably an understatement. A bitter rivalry had developed between the two sides and this particular Sunday afternoon in 1974 was definitely one to remember.

With the genius and creativity of Kenny Gill, the fantastic kicking of David Watkins, the leadership of captain courageous Chris Hesketh, the speed and strength of Colin Dixon the points kept coming much to the delight of the home crowd. Salford’s side had quality in every position, Paul Charlton one of the fittest players to grace the sport. A tremendously brave defender and sublime in attack.

Star fullback Paul Charlton scored a brace in the 1974 meeting.

Ellis Devlin a hooker well ahead of his time and not to forget a back line that oozed pace and a slickness that many supporters admired.

It’s fair to say this victory was a catalyst to drive Salford on for the remaining four weeks of the season where the fixtures came thick and fast.

Here are a few players to wear the red of Salford and the blue and amber of Leeds.

Salford will be looking to get out of the blocks early on Friday night. A good start is essential. Despite Leeds poor start to the season they have players who can cause damage and some exciting youngsters in their ranks.

Adam Cuthbertson is a strong forward who has one of the best off loads in the Super League. Hookers Brad Dwyer and Matt Parcell have impressed in recent weeks but the Rhinos conundrum remains their half back pairing. Last time out against Hull Kingston Rovers Tui Lolohea partnered Richie Myler. Lolohea has received plenty of criticism this season so the question is will coach David Furner keep faith with the pair on Friday.

Young fullback Jack Walker had a fantastic game when the two sides met earlier in the year and is as brave as they come. 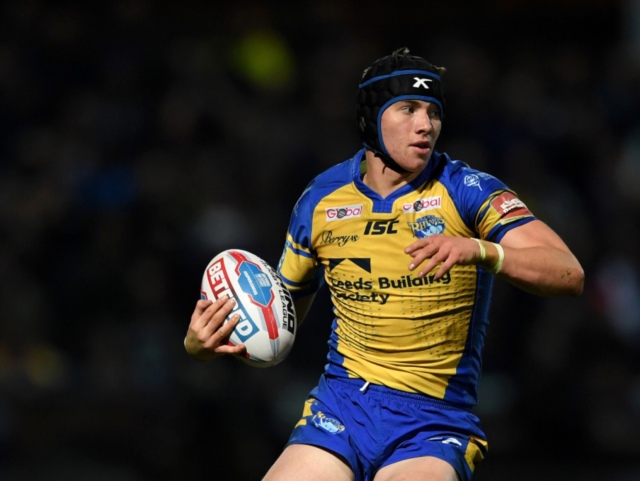 Jackson Hastings and Robert Lui will be looking to dominate for Salford and a young mobile pack has really impressed over the Easter fixtures. Daniel Murray continues to grow in confidence and is blossoming in to a very accomplished player. The all action Joey Lussick has been amongst the tries three games running and Josh Jones is one of the most consistent performers at the club.

Adam Walker failed a late fitness test last Saturday at London. His return would be a timely one, his size and aggression would certainly pose Leeds a big threat.

This promises to be a fascinating encounter and one I am really excited for.

The race for the top five in 2019 is wide open and with a little consistency this Salford side is capable of upsetting the odds.

It’s been a tough week for Salford and their supporters. Robert Lui’s transfer to Leeds was a huge blow and […]